Can't mark specific folder in all subfolders in dired mode 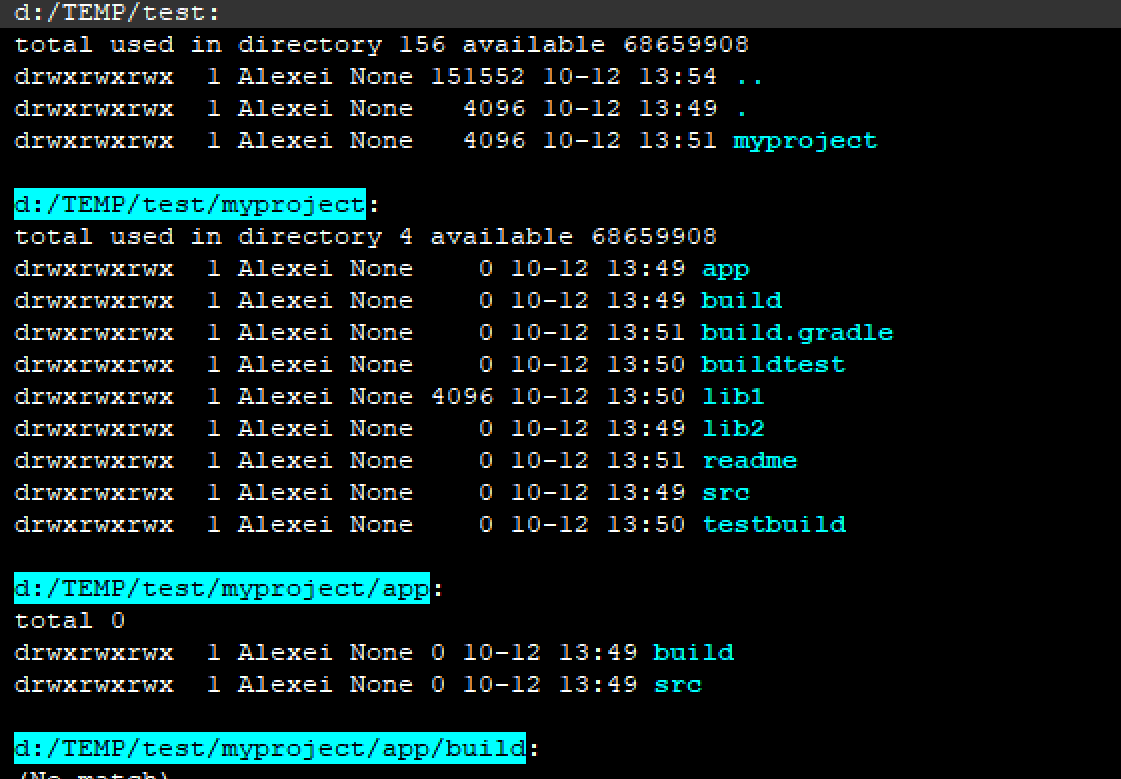 Now I want to mark only folder build

But I get message:

You want to match all files whose relative file names (no directory part) match ^build$. The answer, in the version of dired+.el that you have, is to use a negative prefix arg. That's the short answer, for the version you have, but please read on.

The Dired+ command didn't correspond to the doc string (which was correct), concerning what the regexp is matched against. I've fixed that now.

In the version before the fix, as just mentioned, you needed to use a negative prefix arg (e.g. M--) to match against only the relative file-name part (no directory part).

Now (after the fix) that's the default behavior, just as the doc string said - no prefix arg (to mark) or a plain prefix arg (C-u, to unmark) means match against the relative file name.

In any case, there's a lot of functionality (controlled by the prefix arg) that's rolled into % m (command dired-mark-files-regexp), so it can be confusing.

Mark all file names matching REGEXP for use in later commands.

. and .. are never marked or unmarked by this command.

Whether to mark or unmark, and what form of file name to match, are governed by the prefix argument. For this, a plain (C-u) or a double-plain (C-u C-u) prefix arg is considered only as such - it is not considered numerically.

Whether to mark or unmark:

The form of a file name used for matching:

Note that the default matching behavior of this command is different for Dired+ than it is for vanilla Emacs. Using a positive prefix arg or a double plain prefix arg (C-u C-u) gives you the same behavior as vanilla Emacs (marking or unmarking, respectively): matching against names that are relative to the default-directory.

What Dired+ offers in addition is the possibility to match against names that are relative (have no directory part - no prefix arg or C-u to mark and unmark, respectively) or absolute (M-- or M-0, respectively).

The default behavior uses relative names because this is likely to be the more common use case. But matching against absolute names gives you more flexibility.

REGEXP is an Emacs regexp, not a shell wildcard. Thus, use \.o$ for object files -- just .o might mark more than you might expect.

REGEXP is added to regexp-search-ring, for regexp search.

Not the answer you're looking for? Browse other questions tagged dired or ask your own question.

1
Dired: Insert/Moved to this subir for all subdirs?
0
How to show details initially in Dired mode?
4
Dired: How to find all files under a directory that match a glob pattern (wildcards)?
2
How show hidden and system folder/files?
3
Is it possible to show all files in all subfolders in one buffer?
1
Why so strange sort in dired mode?
0
How delete folder named “build” in all subfolders?
1
Why in diredp-dired-recent-files show folder in title?
1
Why dired+ not save sort mode?