I've been playing around with Emacs for the first time this week, and I've been having some issues with the color scheme. This post was prompted by getting some weird when using helm. I've also noticed that when I load emacs without any init file, it opens up with a dark background instead of a white background that everyone else mentions.

Here's a picture of Emacs loaded without any init file: 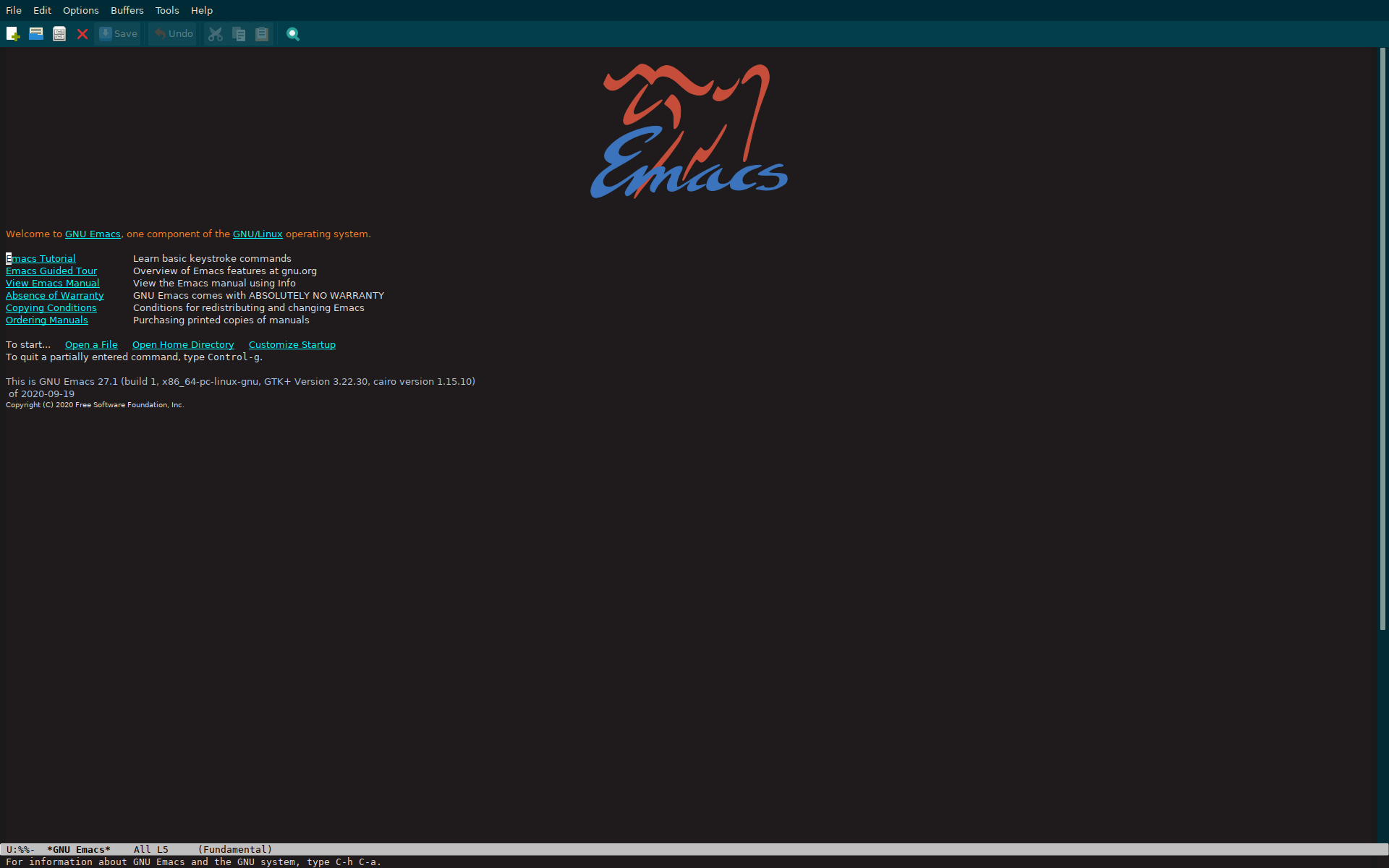 And here is how helm looks. 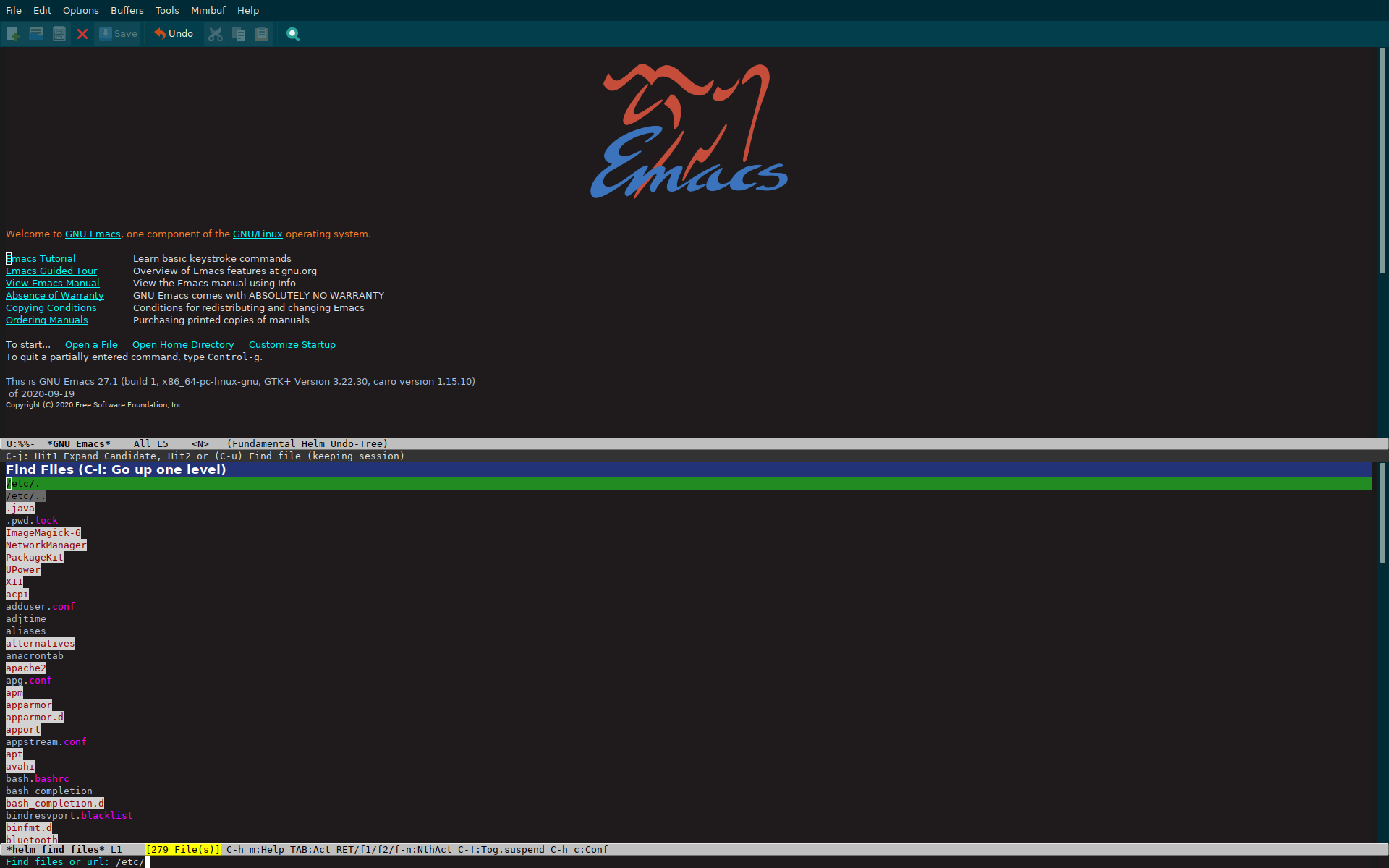 At this stage, I have not loaded any theme. I checked this with the disable-theme command, and no theme was loaded.

Adding a theme does not fix issues either. Here it is with the deeper blue theme loaded 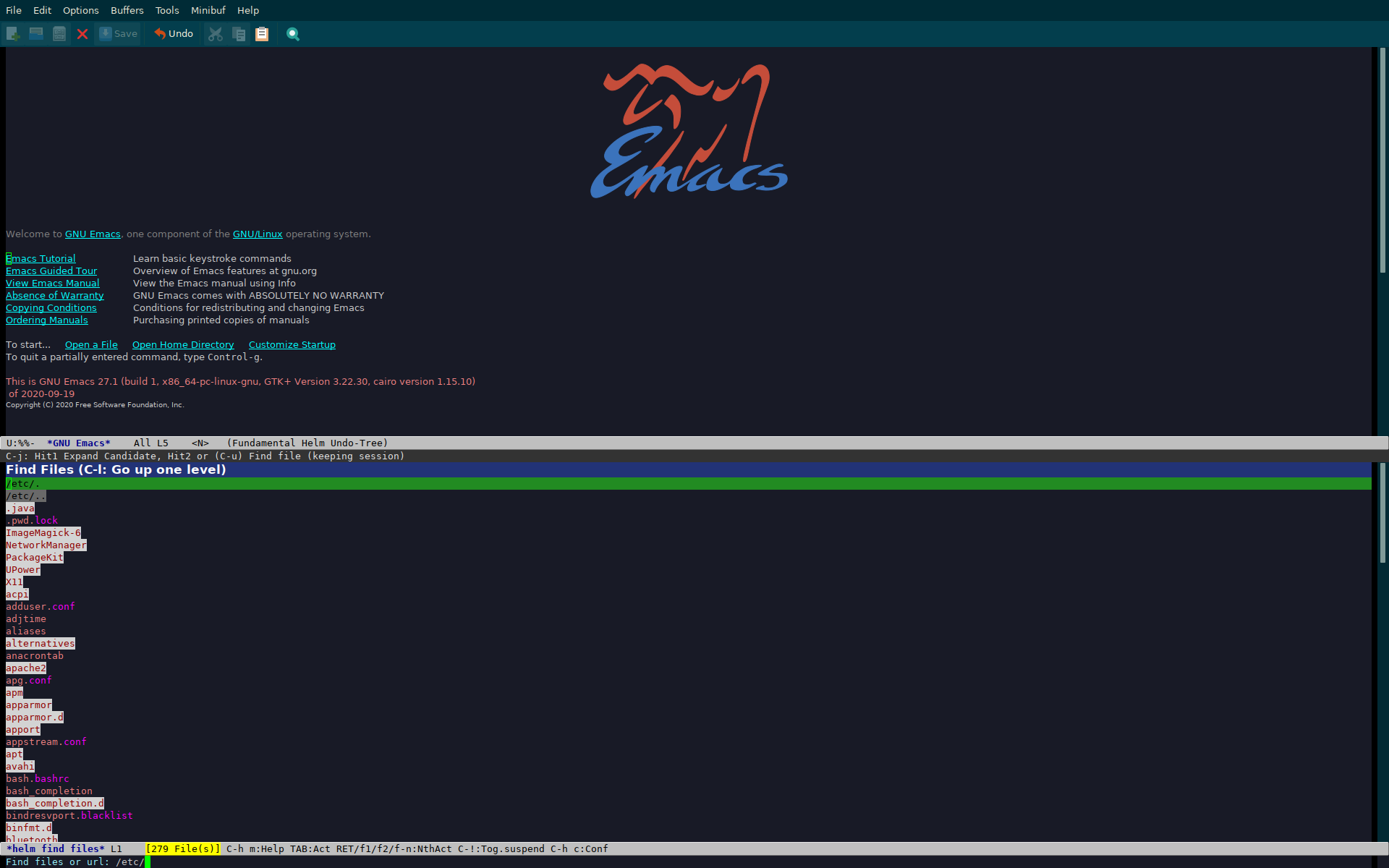 Again, I ensured that only a single theme was loaded using the disable-theme command.

I saw this thread from the past, which presented with similar issues as I have, however he was able to change versions

I saw this thread from the past, which presented with similar issues as I have, however he was able to change versions which fixed the issue. I tried purging all emacs stuff on my system and deleting my local ~/.emacs.d directory (there was no ~/.emacs file -- everything was in ~/.emacs.d/init.el), and downgraded to version 26. Unfortunately, the color issues with helm were not fixed. My emacs background remained dark when loaded without any init file as well.

I should probably mention that at one point I had installed Doom Emacs, and my color schemes with both Helm and Ivy working as expected then (though the default background was still dark). This was also using GNU Emacs 27.1. However, I decided to go back to vanilla emacs to try and learn how to configure the software myself, and have been getting issues

The entirety of my init.el is posted below. I generate my system's color scheme using wal, and run XRDB on a colors.Xresources file that it creates. I've attached that below as well, just in case it is the cause of any problems. Any suggestions would be appreciated.

Ok, so there were, I think, two separate issues.

One, to fix the default, no-init-script background color I removed the following lines from my Xresources file:

To fix the color issues in helm, I downloaded the doom themes. Using a doom theme seemed to fix the issues with the weird colors in helm.

22
Are there color pickers for Emacs?
2
AucteX Citation Color
4
Shifting Emacs Theme from one Computer to Another
21
Emacs Blue color too dark
9
#000000 and true black in terminal Emacs colors
5
How to detect the term color support inside of a emacsclient session?
0
How to make emacs show correct hex color on background?
2
How to change visual appearance of ANSI colors for *shell* buffers running on "GUI Emacs"?
1
Emacs palette.el paste hex color value